U.S. Bank Holidays: The Calendar and Backstories of Those Beloved Days Off 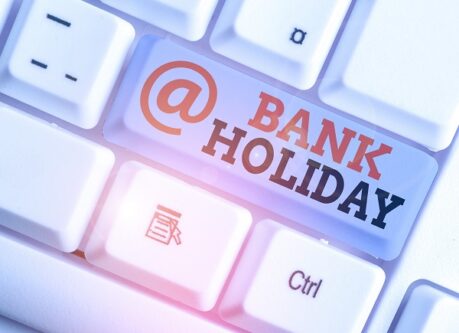 Half of the 12 U.S. Bank Holidays fall in the three months between November and January, arguably at a time when Americans need access to their money the most. So why is the United States set up this way, and where did all these dates wind up on the calendar? Below, we’ll give you a quick overview of the logic and a list of U.S. bank holidays observed by the Federal Reserve System.

We probably have England to thank for the concept of bank holidays. The Bank of England initially closed for around 40 days per year, allowing time for royal events as well as Christian festivals and saint’s days. Known as “bank holidays” for this reason, the number was cut down to 18 days in 1830 and then further reduced to four in 1834. The term was made a bit more official with the addition of the Bank Holidays Bill passed in 1871, which released banks from any penalties due to closure delays.

“Federal holiday” versus “national holiday” is more a matter of semantics in the United States. Some countries, like France and New Zealand, have a centralized government, so the highest level of holiday would be a national holiday. Literally, all workers within the country who work on a public holiday must be paid time-and-a-half for working that day if it’s a day they’d normally work.

Other countries like the U.S., Canada, and Australia are comprised of a federation of states, provinces, or similar groupings. The U.S. federal government establishes its own holidays for itself, but it does not dictate what happens at the lower levels or in the private sector. We often refer to our federal holidays as “national holidays,” but the U.S. technically does not have any national holidays. There is, unfortunately, no national or federal rule that requires days off or time-and-a-half for the masses.

Most banks close on federal holidays, so the term “bank holiday” is often used interchangeably. Because banks rely heavily on the Federal Reserve Bank, it doesn’t make much sense for them to remain open when the Federal Reserve Bank is closed. They’re not required to close. They simply do. However, more are choosing to stay open these days, particularly when they operate online.

List of U.S. Banking Holidays and Their Colorful Backstories

While there are many holidays in the United States, few actually qualify as federal holidays. Despite their popularity, observances like Pearl Harbor Remembrance Day, Halloween, Fat Tuesday, and even New Year’s Eve don’t make the cut. There are 13 to familiarize yourself with, and we’ll cover them below.

New Year’s Day is one of the original four federal holidays and is always observed on January 1. The holiday can be traced back to Caesar when he instituted the Julian calendar, thus marking January 1 as the first day of the year, according to History.com. It was named in honor of the Roman god of beginnings, Janus. The date was shifted around some in Europe by Christian leaders in medieval times but was eventually returned to January 1 by Pope Gregory XII in 1582.

Despite the U.S. following suit with England’s approach to holidays, New Year’s Day was not one of the initial four observed in England, Wales, or Ireland, though Scotland chose to observe it.

Perhaps best known for his “I Have a Dream” speech, civil rights activist Martin Luther King Jr. was born on January 15, 1929. Many people called for his birthday to be named a federal holiday following his assassination in 1968, though the House vote was four shy of making the two-thirds majority required. However, it passed when it came up for a vote in 1983 and was signed into law by President Ronald Reagan. Rather than using King’s birthday, however, the holiday typically falls close to it and is observed on the third Monday in January.

Inauguration Day is only observed once every four years following a presidential election. For the most part, it’s observed on January 20, though there is a caveat in the law that bumps the day to January 21 if the 20th falls on a Sunday. President Dwight D. Eisenhower signed it into law in 1957 to allow federal employees the opportunity to observe the event.

To honor the first president of the United States, Congress added George Washington’s birthday to the list of federal holidays in 1879. Initially, it fell directly on Washington’s birthday, February 22. However, the Uniform Monday Holiday Act of 1968 bumped the date to the third Monday in February.

To be clear, the federal holiday’s name was never changed to President’s Day to allow a joint celebration for Abraham Lincoln, whose birthday was February 12. It is and has always been Washington’s Birthday, despite what some might think.

When the Civil War concluded, Union Civil War veterans formed a fraternal organization called the Grand Army of the Republic that was dedicated to promoting patriotic education and involved in advocacy efforts, such as voting rights for black soldiers. Not surprisingly, many of these men also took government jobs and continued to honor the fallen in annual ceremonies, typically held on May 30.

It was argued that they be “allowed this day as a holiday with pay, so that they might not suffer loss of wages by reason of joining in paying their respects to the memory of those who died in the service of their country,” according to the Congressional Research Institute.

Originally named Decoration Day, the name was changed to Memorial Day, and the day was shifted to the last Monday in May when the Uniform Monday Holiday Act of 1968 was passed.

Juneteenth is one of the newest federal holidays, having only been signed into legislation in June 2021 by President Joe Biden. However, records of Juneteenth celebrations can be traced back to 1865. It’s observed in honor of the Emancipation Proclamation, which marked the end of slavery in the United States after the Civil War.

Independence Day is one of the original four federal holidays and is always observed on July 4. It’s observed in honor of the passage of the Declaration of Independence by the Continental Congress on July 4, 1776.

When Labor Day became a federal holiday in 1894, 23 states had already recognized it as a legal holiday. It was initially created as a day of rest and to boost workers’ morale, but it has since been expanded to include an opportunity to reflect on workers’ rights.

When Columbus Day became a federal holiday in 1968, 45 states were already observing it in honor of Christopher Columbus arriving in the Americas on October 12, 1492.

The committee determining its status in the U.S. believed that “an annual reaffirmation by the American people of their faith in the future, a declaration of willingness to face with confidence the imponderables of unknown tomorrows,” according to the Congressional Research Institute, and so it was passed.

On October 8, 2021, President Joe Biden added this day to the list of U.S bank holidays when he proclaimed that 11 October of each year will be used to honor America’s first inhabitants and the Tribal Nations that are still flourishing today.

“For generations, Federal policies systematically sought to assimilate and displace Native people and eradicate Native cultures,” Biden wrote in his proclamation for Indigenous Peoples’ Day. “… We recognize Indigenous peoples’ resilience and strength as well as the immeasurable positive impact that they have made on every aspect of American society.”

In 1977, the United Nations sponsored an international conference on discrimination that led to the establishment of an Indigenous Peoples Day. The state of South Dakota first recognized the day in 1989, and Berkeley and Santa Cruz in California followed suit. President Biden, however, was the first president to mark Indigenous Peoples’ Day with a presidential proclamation.

Fixed Holiday (Unless on a Weekend): November 11

Most states were already celebrating Armistice Day on November 11 when it was declared a federal holiday in 1938. It was intended to be a “national peace holiday” and allegedly had the support of World War I veterans. By the time World War II and the Korean War ended, the political climate was a bit different. The name was changed to Veterans Day in 1954, and the meaning expanded to pay homage to veterans.

Veterans Day was shifted to a floating Monday holiday for a few years in the 1960s and 1970s. However, because veteran organizations did not approve and most states didn’t follow suit, it was shifted back to a fixed date of November 11 each year. The exception to this is when the 11th falls on a Saturday, in which case it’s observed on the preceding Friday (10th), or when it falls on Sundays, it’s observed the following Monday (12th).

While the idea of a harvest festival exists throughout the world, and American observances of it can be traced to a feast shared by English Pilgrims and members of the Wampanoag tribe, it hasn’t always been a national celebration.

The first federal observance of Thanksgiving dates back to 1789, when President Washington issued a proclamation for “a day of public thanksgiving and prayer,” but it wasn’t made an annual celebration until Lincoln.

President Franklin D. Roosevelt then initially standardized the date by fixing it as the third Thursday in November, hoping to spur the economy with additional holiday shopping time. However, the idea was scrapped in 1941, and the day moved forward a week to the fourth Thursday in November.

America’s appreciation for Christmas hasn’t always been so strong. Colonial Puritans actually banned its celebration, viewing it as a Pagan holiday, according to History.com. It was also thought of as more of a British custom, do it fell out of favor after the American Revolution too.

Even still, it made the cut when the first federal holidays were selected and became one of the initial four in 1870. These days, it’s always observed on December 25 and celebrated by most Americans. It has one of the highest church attendance rates, second only to Easter.

Not having cash going into a holiday can be a serious issue for small businesses, especially when you need to make payroll earlier than normal or have other expenses. If your business is going to struggle due to bank closures, consider factoring invoices in advance. With competitive rates and fast funding, Charter Capital can help your business shore up its working capital too. Get started with a complimentary rate quote. 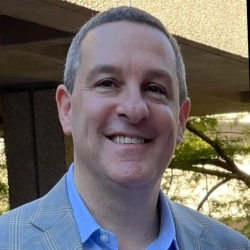