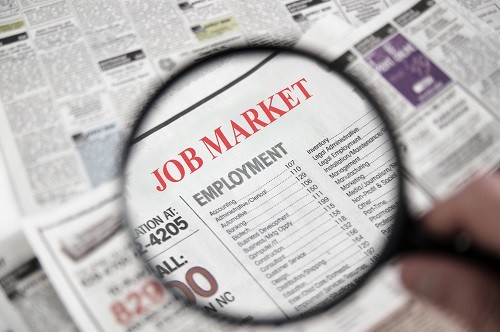 You’ve no doubt heard of these giant, multinational companies. Their names are synonymous with “Big Business.” No, they ARE Big Business. Each has a large presence in the market place, each employ thousands of workers and each have billions of dollars in capitalization.

Because of their sheer size and tremendous wealth, many people assume the American economy revolves around giant corporations like these. When it comes time to look for a job, the best place to go is one of the titans of Big Business. After all, don’t they create the most jobs?

The answer is… no.

According to the federal government’s Small Business Administration (SBA), small businesses (defined as companies with fewer than 500 employees) have created 66 percent of net new private sector jobs in the U.S. over the last 20 years. That’s two out of every three since the mid-1990s! Narrowing the focus to just the years after the end of the 2008 recession, that number has remained fairly steady at 62 percent (8.3 million jobs created out of a total of 13.4 million overall). This growth played a major role in helping the nation’s economy recover.

Now, it must be pointed out that 78 percent of the nation’s nearly 28 million small businesses are classified as non-employers. That is, they consist solely of the owner/proprietor and do not hire anyone. Most of these are home-based businesses.

That means the remaining small businesses do a lot of hiring in order to make up the 66 percent of all new net U.S. jobs.

More than half of small businesses opened survive five years or more, and about a third stay in business for 10 years. This means small businesses tend to provide fairly stable employment for millions of U.S. workers.

So, despite all the press and all the focus on Big Business, it certainly seems as if their smaller cousins are really the engines driving the American economy. How can small businesses be so successful when they face constant challenges from capitalization, supplies, logistics, and lack of resources in comparison to bigger companies?

A recent business study mentions several factors that often give smaller and medium-sized firms a decided edge. These include:

Speed to Market – Smaller companies aren’t burdened by a large decision-making bureaucracy or slaves to meeting analysts’ quarterly forecasts. They are more nimble and able to respond quickly to market forces. This means they can rapidly come out with new products and services before their big business competition and adapt their offerings as needed to meet changing customer demands.

Technology – Today’s powerful technology – from computers and analytical software to manufacturing and logistical solutions – has proven to be a great equalizer. It has given small businesses a way to catch up to and pass their larger competitors, who have previously enjoyed benefits from manpower advantages to economies of scale.

Capital – Small businesses now have greater access to financing than ever before, helping them get off the ground and to the market. Many investors and money managers now specialize in the small cap companies, knowing it’s this arena where the next great innovation often originates.

Small business, while often operating in the giant shadow of big business, is actually the true bright, shining light of the national economy. It’s where dreams begin, new ideas flourish and jobs are created. America would not be the powerhouse it is today without a strong small business sector.