4 Ways the Transportation Industry is Addressing the Truck Driver Shortage

The transportation industry was short some 80,000 drivers by the end of last year, according to American Trucking Associations (ATA) Chief Economist, Bob Costello. Already at an all-time high, Costello believes the truck driver shortage could reach 160,000 by 2030. His sentiments are echoed throughout the industry.

It’s not just a problem for the transportation industry, though. Trucking alone is responsible for moving more than 70 percent of all freight in the United States, per ATA reports. The trucker shortage is impacting the overall cost of goods and has the potential to halt commerce in its tracks.

What is Causing the Truck Driver Shortage?

More than half the truck driver shortage can be attributed to retirement, according to the National Transportation Institute (NTI). Its representatives say the average age of a driver is 54 and new entrants are 38. The industry isn’t attracting younger drivers, which many attribute to a reputation issue with the industry. The number of new drivers entering the field simply isn’t enough to make up for those leaving and increased demand.

The root of the issue, however, isn’t as clear-cut. Some cite difficult or downright unsafe working conditions and low pay. Others point to the pandemic and note that training and licensing programs reduced capacity or shut down during the early months of COVID-19.

Still, some contend there isn’t actually a driver shortage. “We’ve seen that what economists would call a reallocation of drivers,” Jason Miller, associate professor of supply-chain management at Michigan State University, explained to Business Insider. He believes that truckers simply moved to smaller companies, became owner-operators, or moved to short-haul.

4 Ways the Transportation Industry is Addressing the Truck Driver Shortage

With so many causes and potential causes for the truck driver shortage, a multi-pronged approach is being used across the industry.

1. Improving the Lives of Drivers

The median annual wage for heavy and tractor-trailer truck drivers was $45,260 in 2019, according to the U.S. Bureau of Labor Statistics (BLS). Pay climbed to $47,130 in 2020, with many reports that drivers received raises three to five times last year.

But, pay is only one part of the equation. Drivers often spend weeks away from home jutting across the country. Restrictions on hours, set to combat fatigue behind the wheel, all-too-often leave truckers with the decision as to whether they want to stop at the nearest grimy rest stop simply because it has guaranteed overnight parking that will allow them to catch a few restless winks, or press forward to the next stop that may be nicer, but could leave them stranded on the shoulder overnight due to insufficient space.

To combat this, many companies are switching to a hub and spoke system. Similar to the way airlines work with connecting flights, the hub and spoke system has truckers following a single path from a home hub to one that may only be a few hundred miles away, allowing for more work/life balance and precious nights and weekends at home.

Truckers 18 and up have historically been allowed to drive big rigs in most states, but federal law has prevented them from crossing state lines. However, the Federal Motor Carrier Safety Administration (FMCSA) recently established the Safe Driver Apprenticeship Pilot Program (SDAP) to help address this. Under the three-year program, those 18-20 with an intrastate commercial driver’s license will be able to cross state lines, provided they meet specific criteria, the FMCSA reports.

Many states, such as New York, are easing restrictions on younger drivers as well. The new legislation will allow those 18 and up the opportunity to earn a CDL Class A through a specialized training program, something once reserved for those ages 21 and older, ABC News reports.

These initiatives will make it easier for trucking firms to recruit younger drivers straight out of high school, but it could take years before they provide any real relief.

Moving beyond age, the industry is working to improve diversity on the whole. Greater efforts are being made to recruit women, who presently only account for 6.6 percent of truck drivers, and minorities, who comprise just over 40 percent of drivers per the ATA. Calls are also being made to attract other underrepresented groups, such as veterans. Others, like C.H. Robinson, believe the solution lies in attracting more immigrants to the profession, CNBC reports.

When the word “automation” creeps into discussions about the transportation industry, driverless trucks are the first thing that comes to mind. They may be part of the overall solution as technology improves, but it overlooks one huge problem truckers face: driver detention. While there isn’t accurate or complete data as to how long drivers wait, particularly since it isn’t often tracked unless the length exceeds contractual obligations, around one in ten stops for loading and unloading exceeds two hours, and the average detention time is an additional 1.4 hours according to the FMCSA.

The agency’s big discovery is that crashes rise exponentially as detention time increases. However, its study notes that these delays result in net income reductions of up to $302.9 million annually, which amounts to more than $1,500 for a for-hire each year. It doesn’t even touch on the reduced downtime or increased stress and expense.

Through automation and leveraging technology to optimize the shipping and receiving process, the transportation industry can reduce dwell and detention times significantly, thus making the field a safer, more hospitable place to be.

Whether you run one of the many small trucking firms springing up or operate an established company, maintaining healthy cash flow is key to success. Cash in hand means you have the fuel to take on an extra load, cover maintenance costs, or even add to your fleet, but it isn’t always possible to operate this way when it takes 60 or more days to get paid. With transportation factoring from Charter Capital, you can get paid for your load right away and even get a fuel card that can will help save money too. To learn more, request a complimentary rate quote. 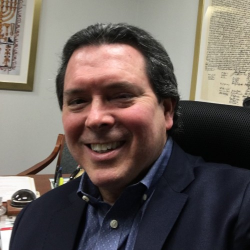 Joel Rosenthal
Co-founder and Executive Manager at Charter Capital with a history of 28 years working in the financial services industry. Skilled in Cash Flow, Leveraged Finance, Factoring, Mergers & Acquisitions (M&A), and Structured Finance. Strong business development professional with BA from The University of Texas at Austin and MBA of International Business from University of South Carolina.